Doc McDonald had a Pharm

Animal husbandry from a test tube.  The environment might have collapsed but the Cities are still hungry.   Genetically Modified, GenMod, animals and plants plants are researched, grown, and processed at secure lab/farms called Pharms.  Pumped out by the Corps to feed the billions each strand of DNA is copyrighted and enforced by Corp sponsored DRM killteams. 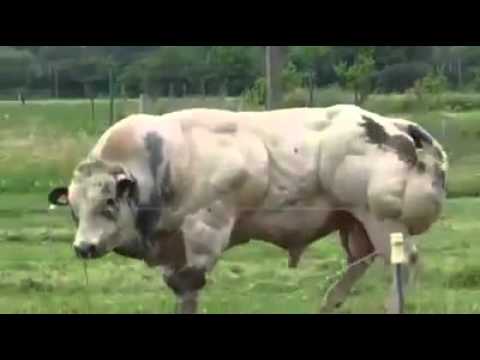 Chickapedes - GenMod chickens with six sets of legs.  A dozen drumsticks in every box!

SimKobe Beef - Cows aug'd up with VR helms pumping in idyllic visions of quaint farm life in rural Japan.  Fed 'beer' (steroids and sugar water) and massaged (via electo-stim implants) to ensure the best beef science can make.  The illusion is kept all the way to the abattoir, breaking the VRllusion causes psychotic breaks in the cow' mental state (also ruins the flavor).

Rumble Bees - GenMod honeybees that make hives that auto-ferment their honey.  Feed on various sugars, not pollen.  Slight modifications and changes in diet can make all sorts of alcohols.  Will swarm if deprived of sugar long enough.

Green Bloom -  GenMod algae that will grow just about anywhere whose only limiter is space and how much nitrogen it can get its hands on.  Used to make SCOP.  Chokes the life out of any body of water it gets into.

Hollow Ducks - GenMod Ducks whose chest cavity is mostly hollow.  This hollow cavity is designed for a fast growing regenerating liver.  It'll keep growing as long as half of it remains.  It be inhumane to not remove parts of it!

Milkbugs - GenMod overgrown aphids that make a surprisingly cow like milk.  Useless without their symbiotic GenMod ant herders and their pheromones.

Meatballs - Large lab grown spheres of living meat.  Looks like a pulsing ball of muscle and sinew that's the size of a family mini-van with all sorts of tubing plugged into it.  Will absorb just about any organic matter it touches, its growth is limited by its temperature.  Self-regenerating so sections can constantly be shaved off.  Guarded 24/7 with guards with flamethrowers/freezethrowers to prevent breakouts.

Hogzillas - Fast growing giant hogs.  Adults grow to be about the size of a car.  They escape frequently.  Rouge packs have been seen in groups of 30-50 in the deep Rustlands.

Surinam Sturegon - The eggs grow on the back of the fish and have convenient little holes for ease of harvesting.  Plus harvesting the eggs no longer kills the fish.

Sashimi Fish - AKA "Peel and Eat Salmon". These fish grow large tendrils of exposed flesh which can be harvested fresh.  Must be kept in clean salt water or will die fast from parasites and bacterial infection.

Mud Tigers - GenMod catfish bread to be be highly efferent bottom feeders used for bio-remediation of polluted waterways.  They 'spawn' large fleshy sacs of concentrated toxins for easy cleanup.  Their meat is often sold 'lagoon tilapia' on the market, but often contains many of the toxins they are designed to be filtering.

Long Corm- Hybrid of corn and bamboo.  Grows fast tall and straight.  Rapidly depletes the soil  and requires a ton of water but the crop yields are phenomenal.  Popular crop for BioDiesel.

Humigs - Human-Hog hybrids designed for growing and incubating synth organs.  They look mostly like hogs, except for the teeth.  And the eyes.  And the screams.

With help and inspiration from the SA TG community discord.
Posted by Patrick O at 9:08 PM No comments:

Email ThisBlogThis!Share to TwitterShare to FacebookShare to Pinterest
Labels: Cyberpunk

Email ThisBlogThis!Share to TwitterShare to FacebookShare to Pinterest
Labels: Cybernetic Bastards, Cyberpunk, Into the Odd, OSR

*Can of Mace (ud6): Burst (Cone), everyone affected test DEX, on a fail they are blinded until they wash their eyes out. Those with glasses, face masks, or CyberEyes get Advantage to this roll.

** Taser: Close, target tests DEX or is stunned until they past a STR or the user breaks contact..

*** Disinfectant Thrower. Spits alcohol based disinfectant. The stream can can be lit to work as a flamethrower (d6, Burst (Cone), Close, Burns, Poor)

****Crazed Fan: 3hp. Will do anything for you. Will expect something for their service.
Posted by Patrick O at 9:37 PM 3 comments:

Email ThisBlogThis!Share to TwitterShare to FacebookShare to Pinterest
Labels: Cybernetic Bastards, Cyberpunk, Homebrew, Into the Odd


A collection of generators for my cyberpunk stetting - Cybernetic Bastards.  These should however work great for any cyberpunk setting.

This Generator will make jobs for your PCs.  Includes time from last offer (how much downtime your PCs will get, target and task, any sort of complication that might arise, and payment both in creds and other stuff.  It does not make an employer (that is up to you - but maybe you want to poach a board member from the generator below?)

This generator will make Corps along with the Boards.  The Corps get a name, industry(s),  fiscal standing, HQ, a rumor, and a potential ally for the PCs (or anyone looking to hurt the company).

This also makes a Board who each have their own weird quirk (and oh man are they fucken weird), relationship, BlackOp (ie what illegal bullshit they are into), and a Black Asset (ie what thing they shouldnt have).  In a pinch they make great employers of NPCs outright

This generator will make Gangs for your cyberpunk cities.  Includes an HQ, primary source of income, preferred weapons for both the gangers and the heavies, a Black Asset, what the gang loves and what they hate, their public relations, a weird quirk for the gang, how they deal with other gangs, and a leader with a quirk and an asset.  Its alot but its good.

This generator will make NPCs for whatever you need.  Includes personality, clothing and effects, what they are doing when you meet them, what they want (and how they like to do it), and what you can find in their pockets.

I think this is it for generators, but I might whip up a hab generator for making large kowloon walled city/Judge Dredd bloc like towers.
Posted by Patrick O at 10:11 PM No comments:

ROLL ME AN NPC
Posted by Patrick O at 6:37 PM No comments: 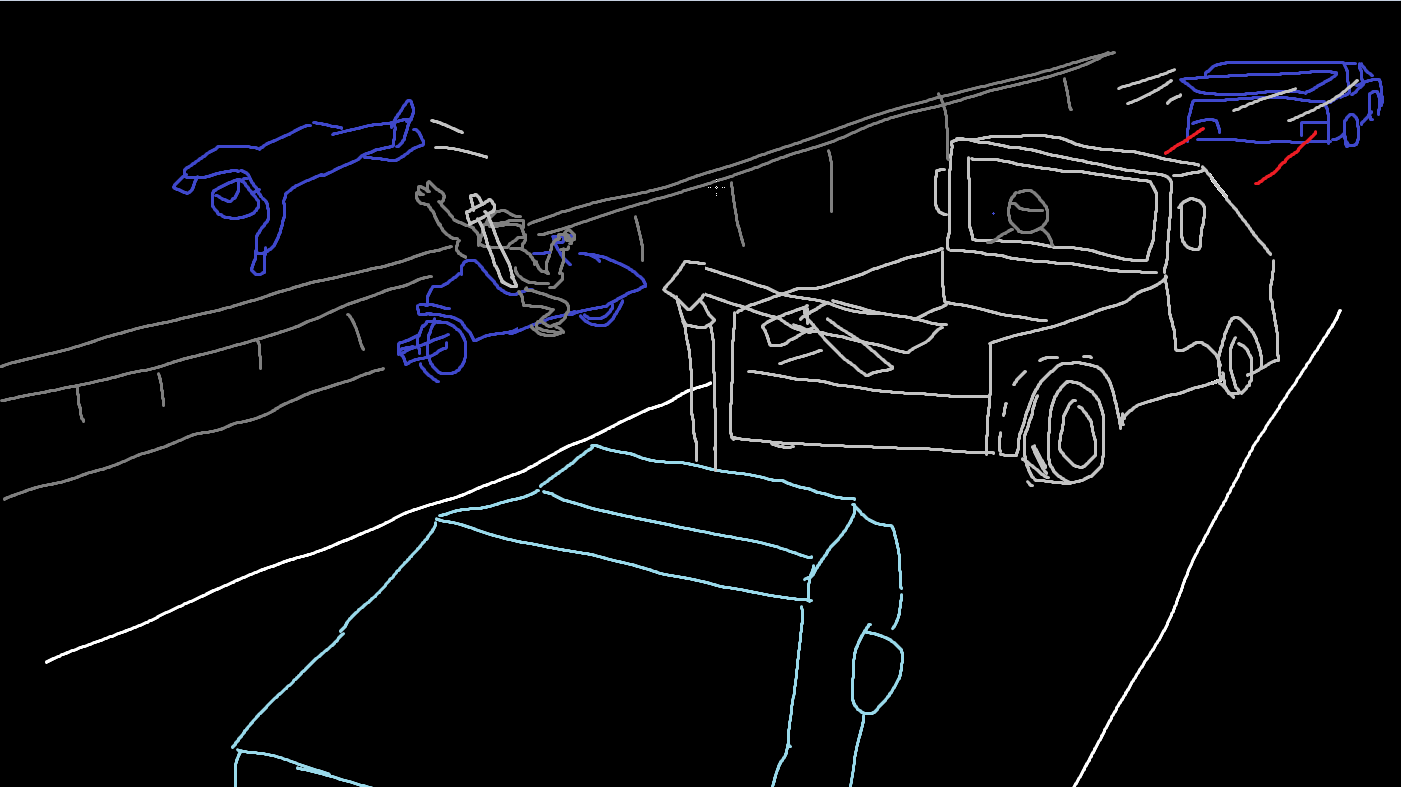 (thanks megafunk)
Posted by Patrick O at 9:38 PM No comments:

The the near cyberpunk-future the weather is fucked.  It always seems to be raining and when the sun does shine its through a thick orange smog.  Ice storms, heatwaves, electric storms, and radioactive blowouts can all happen in the same day.  Use the generator below to see what the weather is like in the city.